5 Historical Monuments In Agra You Must Visit

With the ease in travelling restrictions across India, people are eagerly considering safe and secure venues for weekend getaways, vacations, staycations and workcations. People in-and-near Delhi finds Agra as a classic and closest destination which can be travelled by road. It is a famous city with various historical places and monuments to visit. Situated on the banks of the river Yamuna, the beautiful city of Agra is famous since the time Sikander Lodhi made this the capital city. And it was sustained as the capital of India during the reign of Akbar, Jehangir, Shah Jahan and Aurangzeb.

It was during this period that the city gained some of the most prominent and distinctive monuments that today holds great historical importance, like the Taj Mahal, Agra Fort, Buland Darwaza, etc. With the invasion of Britishers, Delhi became the capital city, and Agra lost some of its charm and powerful significance. Today, it is known as a famous tourist destination and attracts travellers and tourists from all around the globe.

A few of the historical monuments in Agra that one must visit are:

Taj Mahal: This name and monument do not need much introduction. It is one of the most famous wonders of the world and visited by umpteen tourists all across the year. It is an eternal symbol of love, built by the Mughal emperor Shah Jahan for his queen Mumtaz Mahal. It is a breath-taking monument built with magnificent detailing and intrinsic architecture. It is a UNESCO World Heritage Site.

Fatehpur Sikri: This is a historic city built of red sandstone and carries a high heritage of the Mughal era. It was once the capital of Mughal Emperor Akbar and is a unique blend of architectural excellence and religious beliefs. It also houses various other historic buildings of importance, like Jodha Bai’s Palace, Jama Mosque, Tomb Of Salim Chisti, Bulan Darwaza, etc.

Agra Fort: It is also a UNESCO World Heritage Site and is situated at a distance of 2.5 km northwest of the famous Taj Mahal. The massive historical place in Agra was constructed using red sandstone by banks of the river Yamuna and was started by Emperor Akbar.

Akbar’s Tomb: This is a mausoleum that contains the mortal remains of the emperor Akbar. It is an important Mughal architectural masterpiece and is situated in Sikandra, the outskirts of the city. The unique thing about this monument is that the construction of this place was started by Akbar himself, and it faces towards the rising sun instead of Masjid of Mecca.

Itimah-ud-Daula’s Tomb: This tomb is entirely made out of marbles and is referred to as “Baby Taj Mahal”. The tomb was commissioned by the wife of Jahangir, Nur Jahan, for her father, Mir Gheyas Beg (later known as Itimad-ud-Daulah), who was a minister in the court of Shah Jahan.

With so many historic places to visit and enjoy the rich heritage of Indian history, you must plan a trip to Agra. Jaypee Palace Hotel & Convention Centre is one of the best 5-star resorts in Agra, offering a safe and secure stay to all guests. We offer luxurious and comfortable accommodation to all, ensuring a pleasant trip, even in these unprecedented times. Our hotel brings to you unmatched and not-to-be-missed packages, providing comfortable and sanitized accommodation to all with many contemporary facilities and amenities. 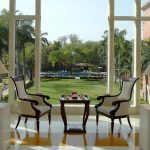 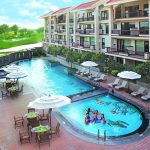 Enjoy The Sweet Essence Of A Spectacular Weekend Resort In Noida 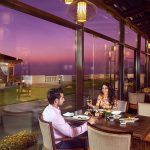 Jaypee Residency Manor: An Experience That Will Linger Forever 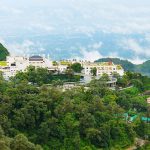 Tips To Plan A Perfect Mountain Retreat To Mussoorie 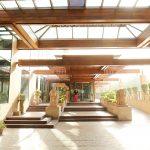 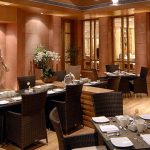 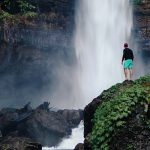 Spend A Dreamy Vacation In The Queen of Hills – Mussoorie