Transforming challenges into opportunities has been the hallmark of the Jaypee Group, ever since its inception five decades ago. The Group is a diversified infrastructure conglomerate with interests in:

The Engineering and Construction wing of the Group is an acknowledged leader in the construction of multi-purpose River Valley and Hydropower projects. It has the unique distinction of having simultaneously executed 13 Hydropower projects spread across 6 states and the neighboring country Bhutan for generating 10,290 MW power.

The Group has been assigned “CR1” grade by ICRA Ltd. indicating very “strong contract execution capacity with best prospects of timely completion of projects, without cost overruns for projects with average value of Rs. 2500 crore.” It is the only Group in India, which pre-qualifies on its own for the bidding of various projects that are awarded in the country.

Jaiprakash Associates Limited ( JAL) is the only integrated solution provider for Hydropower projects in the country with a track record of strong project implementation in different capacities and has participated in projects that have added over 8840 MW of Hydroelectricity to the National grid between 2002 to 2009. (AN UNPARALLELED FEATURE IN INDIAN POWER SECTOR)

The Group also has the distinction of executing three out of five Hydropower projects contracted on an EPC basis in the country till March 2009. Two of these, 300 MW Chamera - II and 520 MW Omkareshwar, were completed ahead of schedule.

Jaiprakash Associates Ltd. is currently executing four contracts relating to construction of the 1020 MW Punatsangchhu II Hydro- Electric Project and 750 MW Mangdechhu HEP, both in Bhutan. These hydro-electric projects are being jointly implemented by the Royal Government of Bhutan and the Government of India.

The 900 MW Baglihar (Stage-I and II) Hydroelectric project in Jammu & Kashmir, has been set up in the challenging environment of the State with 22 million cubic meters of concrete, has been the largest EPC project executed in the country in Hydropower sector, so far.

The key non-EPC projects completed across India are -

The in-house Design and Consultancy Company, Jaypee Infra Ventures (JIV), gives JAL a competitive edge over its rivals. The design and engineering arm has been awarded “CT1” grade by ICRA with CIDC (The Construction Industry Development Council). This is the highest rating assigned to consultants in the field of Engineering.

The Group is executing 3300 MW (5 x 660 MW) Bara Thermal Power project in UP. Unit I has been commissioned.

The Group has also successfully implemented a Transmission system associated with 1000 MW Karcham Wangtoo Hydroelectric project. The Transmission project consists of a 217-kilometre-long transmission line between Wangtoo in Himachal Pradesh and Abdullapur in Haryana.

The Group has constructed 165 km long , 6 lane Yamuna Expressway project stretching from Noida to Agra . Ribbon development on 6175 acres at five or more locations along the expressway for commercial, industrial, institutional, residential and amusement purposes, will also be undertaken as an integral part of the project.

The fertilizer plant situated in Panki , Kanpur is one of the oldest Urea manufacturing plant in the country with an installed capacity of 7.22 lac MT per annum.

The Group started Urea production in June 2013 and the product is sold in the brand name of "Jaypee Chaand Chaap Urea" which enjoys a very high degree of acceptance amongst the farming community. The plant was successfully converted to gas based, from Naptha and currently prills urea by using the latest in technology. The company has also entered into the value added agri inputs space by marketing speciality inputs like Micro nutrients, Zinc sulphate Mono hydrate and organic manure under the flagship brand of Jaypee Chand chaap.

The Group’s hospitality business owns and operates 5 properties spread across New Delhi, Uttar Pradesh and Uttarakhand. Four Five Star Hotels, two in New Delhi and one each in Agra and Mussoorie have a total capacity of 644 rooms. Another 5 star luxury with state-of-the-art resort and SPA at Greater Noida with 170 living spaces making it a viable destination for corporate, entrepreneurs, expats , business and leisure stays.

With the vision of promoting world-class health care amongst the masses by providing quality and affordable medical care with commitment the Jaypee Hospital has been constructed. The hospital has been planned as a 1200 bedded tertiary care multi-speciality facility and has currently commissioned 525 beds in the first phase.

The Group hosted India’s first ever Formula One TM Grand Prix on 30th October, 2011. In addition to F1, the track is also expected to host other top-level international motorsports events.

“People of resources must contribute towards making a better tomorrow for all”. Shri Jaiprakash Gaur ji, Founder Chairman of the Group firmly believes that quality education on an affordable basis is the biggest service which, as a corporate citizen, we can provide. Education is the cornerstone to economic development and the strength of 1 billion Indians can be channelized by education alone to build India into a developed nation.

The Group currently provides education across all spectrum of the learning curve through 32 Schools, 6 ITIs, 1 Polytechnic, 1 Post Graduate College, 1 B.Ed College and 4 Universities catering to learning of over 30,000 students.

We are living in an era of information driven enterprise. Focus is consistently placed on automation techniques that increase the productivity and profitability of an enterprise with reduced costs across various functional heads. IT is an enabler in this context. This is the vision with which JIL Information Technology Limited (JILIT) the IT arm of the Group operates. The offerings encompass a diverse range of areas such as IT Infrastructure Management, Networking & Communication, Multimedia & Content Development Services, E-learning and Software Solutions. JILIT is today partnering with leading IT companies such as IBM and CISCO.

The Group has always believed in “growth with a humane face” and to fulfill its obligations it has set up Jaiprakash Sewa Sansthan (JSS), a ‘not-for-profit trust’ which primarily serves the objectives of socio – economic development, reducing the pain and distress in society.

For over 5 decades now, Jaypee Group has supported the socio-economic development of the local environment in which it operates and ensured that the economically and educationally challenged strata around the work surroundings are also benefited from the Group’s growth by providing education, medical and other facilities for local development.

The Group also undertakes Comprehensive Rural Development Program (CRDP) which covers a wide range of projects such as free medical camps, health check-ups for village school children, literacy campaigns like Balwadis for young boys and girls, safe drinking water supply, creating huge water reservoirs in different villages, self employment which includes tailoring classes for women and animal husbandry. Some other important activities undertaken include the renovation of old temples, other schools and hospital buildings in the adjoining adopted villages.

"Every time we borrow from nature, we return it with interest."

We at Jaypee believe that harmony between man and his environment is the prime essence of healthy life and living. The sustenance of our ecological balance is therefore of paramount importance.

Efforts are made to conserve ecological balance without any harm done to the local flora and fauna. The Group has also taken green initiatives, afforestation drives, resources conservation, water conservation, air quality control and noise pollution control and created a “green oasis’’ amidst the limestone belt at the cement complex in Rewa.

Last but not the least, “as a Group we remain committed to strategic business development in infrastructure, as the key to nation building in the 21st century. We aim for perfection in everything we undertake and we have a commitment to excel. It is the determination to transform every challenge into opportunity; to seize every opportunity to ensure growth and grow with humane face; that drives us”. 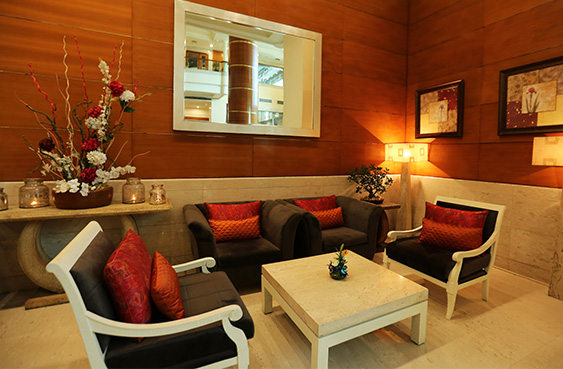 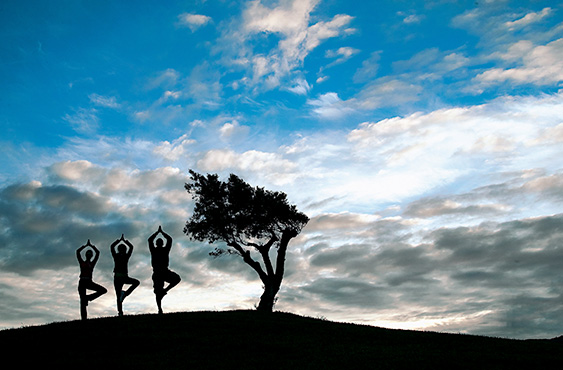 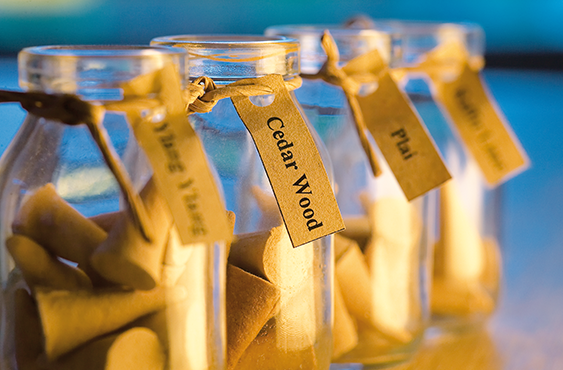 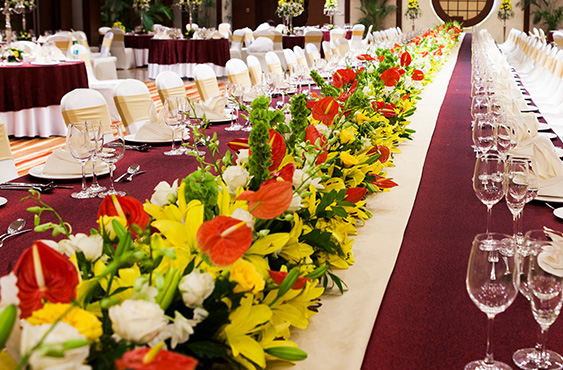